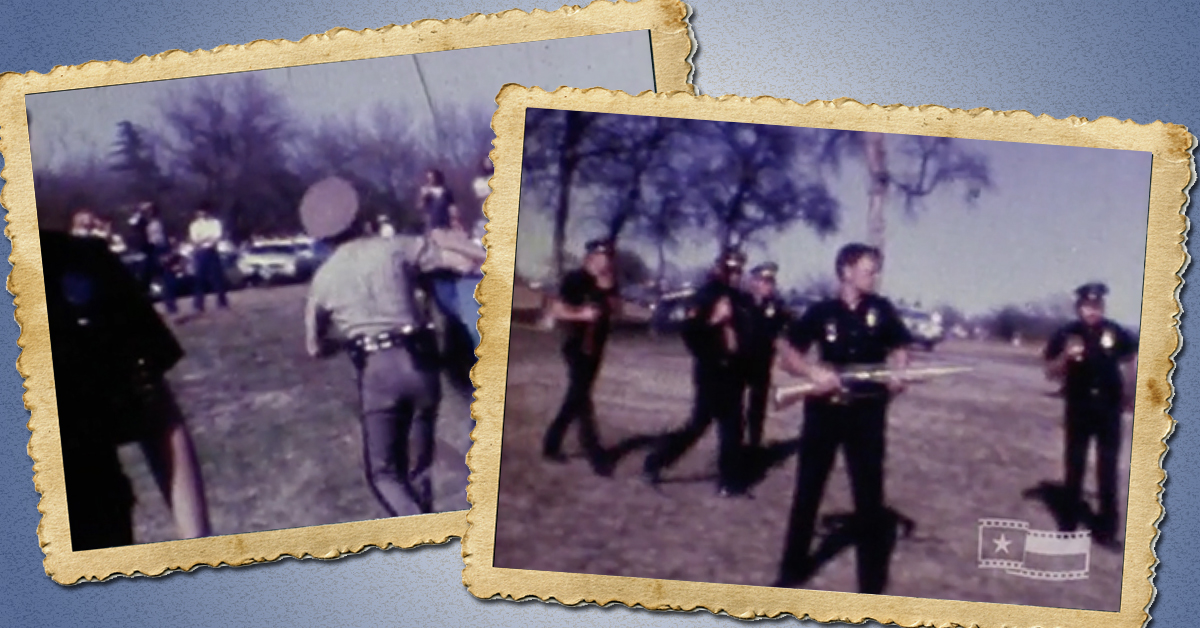 The year was 1977. Jimmy Carter was the sitting president of the United States. It was the year the original Star Wars movie opened in theaters, a film that was soon to change the landscape of celluloid entertainment forever. The first Apple II computers went on sale to the public, the harbingers of a technical revolution boiling just over the horizon. Elvis Presley, the King of Rock and Roll, died at the age of 42 from a heart attack while sitting on the toilet. Polish film auteur Roman Polanski was arrested and charged with the statutory rape of a 13-year-old girl. The NASA space shuttle had its very first test flight, an interspace delivery system that would soon be an international mainstay for the next two decades. The controversial mini-series Roots aired on broadcast television for millions of viewers across the country. We experienced the tragic New York City blackout which lasted for a chilling 25 hours, resulting in widespread looting, vandalism, and inter-city destruction. The monthly average rent in America was $240.00, the cost of gasoline was 65 cents a gallon, an average home cost $13,650.00, a bikini cost $9, and a brand-new BMW 320i cost a whopping $7,990.

And in the sleepy, conservative metropolis of Dallas, Texas, on Sunday March 6, it was a typical brisk sunny day at White Rock Lake. White Rock is a man-made reservoir built at the turn of the century and located approximately 5 miles northeast of downtown in the middle of a residential neighborhood in east Dallas. The lake covers 1,254 acres and provides hiking trails, boating marinas, picnicking areas, bird-watching, and even a dedicated museum and dog park for the citizens of Dallas. On this particular day, at the bluff near East Lawther and North Cliff Drive, scores of floppy-haired young people blanketed the area in waves of tie-dye, bell-bottoms, muscle-shirts, cheap bottled beer, and pot smoke. Small sailboats languished in the sparkling water while joggers and bicyclists alike snaked between the constant parade of cars that slowly cruised around the perimeter of the lake unimpeded. Hundreds of cars lined the streets leading to and from the lakeside, their owners abandoning them to sunbathe and frolic in the acres of parks and open fields. Frisbees and footballs flew through the air to the constant sound of AM rock radio. It was definitely the place to see and be seen on a weekend afternoon. However, unbeknownst to the hundreds of lake visitors that day, the mood at White Rock Lake was about to change. Forever.

It was well known that the crowds of teenagers constantly took full advantage of the area; knocking on the doors of homes asking to use the bathroom, and, when refused, using the lawns and bushes to relieve themselves. Groups of young people would hang out in private yards, drunk and belligerent, yelling, dancing, leaving trash everywhere. Cars would speed recklessly through the winding street and park without regard for the inhabitants of the area. Frustrated residents had petitioned the city for help for months to no avail.

What caused the first ripples of violence that day are disputed. It is said that the police first arrived to break up a few fights that had erupted among some parkgoers who had become unruly. Then, around 3:30 pm, a motorcycle officer arrested a young man for recklessly riding on the hood of a moving car. The police displayed a no-nonsense approach, and some say were needlessly brutal in how they handled the detainees in full view of the surrounding witnesses. 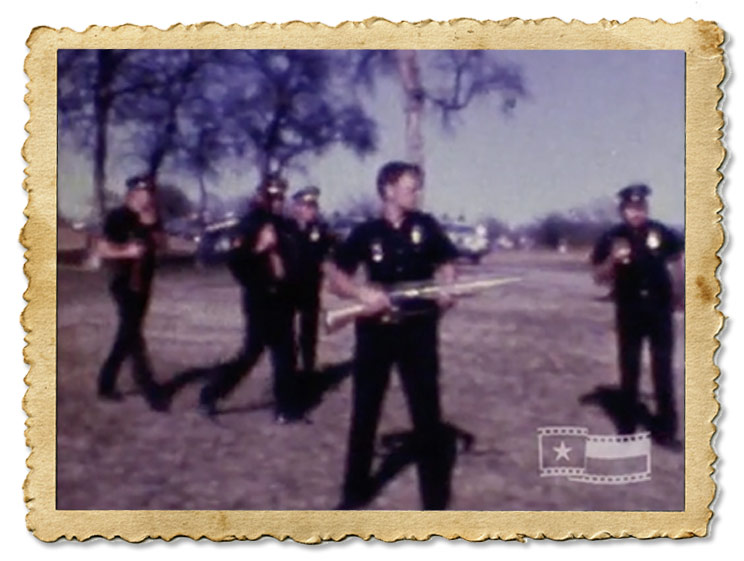 As the crowds began to get agitated, police reinforcements began arriving, greeted with a barrage of flying rocks and beer bottles, according to a Dallas Morning News article reported by Tom Belden and Bill Kenyon. By 4 PM, tactical officers had been called in from all over the city. Police were walking all over the fields with shotguns slung over their shoulders, holding back pairs of snarling German Shepherds on thick, black leashes. The teens continued to taunt the police, clapping and chanting peace slogans and resisting arrest.

At least one officer discharged his weapon, firing his shotgun in the air. Two Dallas Police helicopters were dispatched, and the occupants demanded the people to scatter as the machines hovered above the crowd, even going so far as to land on the Bath House lawn. Foot officers swept the scene, swinging Billy-clubs and thick black flashlights as they advanced on the rioters, injuring a number of people.

By the end of the day, 49 people were arrested. There were numerous injuries to citizens and police, alike, and at least three hospitalizations, including that of Sgt. Kenneth Heard. According to the DMN story, “Dozens of young persons were grabbed by police, wrestled to the ground, handcuffed, and lined up in the grass face down.” 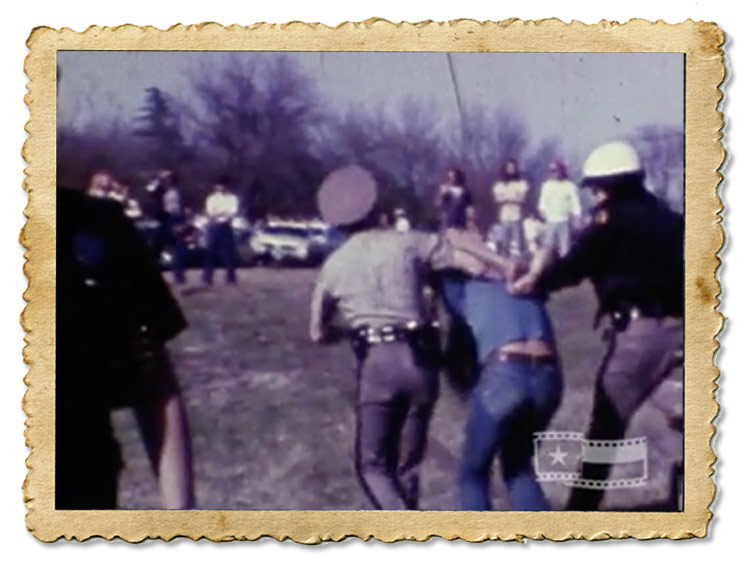 Sgt. Heard was held over-night for observation at Doctors Hospital. All of the injured arrestees were taken to Parkland Memorial. Most of them were charged with disturbing the peace. Two, Gordon Rickettes, 23, and Roy Fontenot, 20, each received an aggravated assault charge for attacking an officer. From his hospital bed, Sgt. Heard justified the shots during the standoff, saying, “We were surrounded and about to be overrun by a mob. It was the only thing we could have done.”

Based on reports and timestamps on the archived video of the incident, the crowd had finally thinned by 5 PM.

After that day, parents and homeowners petitioned the City of Dallas to put up barricades on Lawther Drive to prevent motorists from driving more than a half mile around the lake without having to exit back up to the main street. That was the end of the weekly car parade around White Rock Lake. And those barriers are still up today.

The following weekend, DMN journalist Tom Belden was back on location commenting on the difference in atmosphere at the lake. He describes a beautiful spring afternoon that saw thousands once again enjoying themselves with a steady stream of cars and motorcycles cruising Lawther Drive. However, out of the view of the crowds, fifty Dallas Police tactical officers were standing by just in case the scene erupted into a violent riot once again.

There is an eighteen-minute long video available at Texasarchive.org that chronicles the events of that afternoon in 1977. The clip is labeled as police surveillance, however, in the comments it was identified as personal footage that had been confiscated on the day of the riot. It’s a disturbing bit of celluloid, especially since it stands as one of the only pieces of evidence that can be found of a rather important event in the history of the city.

This violent display of civil discontent is only one piece in the puzzle of White Rock Lake’s sordid history. Since 1933, motorists driving around the lake at night have reported picking up a young female hitchhiker who claims to have been in an accident. After giving the drivers an address, she disappears from the backseat of their cars when they fruitlessly attempt to take her home. This is the iconic urban legend of the Lady of the Lake.

The partitioning of Lawther Drive not only changed the free-for-all atmosphere at White Rock, but the areas where most of the ghost sightings occurred are now difficult to access and explore because of the barricades. The wealthy homeowners on the lake have all but built themselves personal walls to keep strangers out and the details of their lives hidden from prying eyes.

In a city like Dallas, rich in history, culture, and accrued prosperity, a tale of the ghost of a young girl could be indicative of many of the societal abnormalities that can rise out of affluence and fiercely private lifestyles. Could this young woman have been the daughter of a wealthy family, a debutante whose happiness was disregarded over the pressure to be perceived in a perfect light by a culture defined by its wealth? And if so, what were the obstacles that ultimately took her life and damned her to be a generational symbol of neglect, a lonely lost soul forever searching for a place to belong? We many never know the truth about this woman’s demise, or whether she existed at all, but with so many points of reference in a tangled web of possibilities, we cannot help but continue to speculate…

As a native Dallasite, these musings and unanswered questions are what led me to write a novel based on this perpetually young spirit that supposedly haunts White Rock Lake. I invite you to read the synopsis and explore some of the book excerpts and make up your own mind. If you’d like to purchase a copy, please see the list of local retailers here or order through Amazon.

(This article was adapted from an original story written by Christina Hughes Babb for the Lakewood/East Dallas Advocate publication.)